The waiting for permanently unlocking an iPhone from Cricket USA starts from 3 to 10 working days.

How much does it cost ? 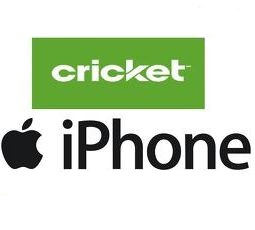 This service offers network unlock for all iPhone models which are listed below. After the unlocking the blocked will never return, the unlock is permanent. All software versions are supported. Unlocking an iPhone is simple and easy.

Important !!!
This service supports only Cricket USA network.
If your device works in a different network than Cricket USA please use the iPhone unlock link, to choose the correct network.

Unlocking iPhone 8 Plus - My phone was unlocked in about 10 days, as promised. Very happy that I can use the phone again. Thank you

Unlocking iPhone XR - It took 11 days but they did unlocked it. iPhone Xr locked on to Cricket USA. Also I have ti say that it was a good price for the service, other providers charge almost three times more. Required a lot of patience but I can now use my simcard, no rsim and most important I can update my phone always.

Unlocking iPhone 6 - One of the most simplest ways to unlock your phone. I am in Germany and needed my iPhone unlocked so i could use it on any network. Now i can use it on tmobile. Thank to you guys i am now able to use my phone without having to pay for the unlock code from the regular company.

Unlocking iPhone 6S Plus - Thanks. My phone is good now.

Unlocking iPhone 8 Plus - Men, I don't beleieve, two days.. Awesome. Thanks so much. by Julio fron Brazil. muito obrigado mesmo ;-)

Unlocking iPhone 6S Plus - Great service, only took a few days and boom Received an email saying my phone was unlocked, now I can use any carrier. Very satisfied with this service.

Unlocking iPhone SE - I was very skeptical of this service, but I just confirmed that my SE is actually unlocked. It took some time and patience, but it worked out in the end.

Unlocking iPhone 5S - Thank you very much, but it took log time...

Unlocking iPhone SE - Had an IPhone SE locked to Cricket. Paid for unlock service on Thursday morning and was unlocked very next morning Very Happy Customer

Unlocking iPhone 6S - Honestly, I thought there was about a 10% chance this would work. Every cell phone repair/unlock store in the Washington DC / NoVa area said it wasn't possible to unlock a Cricket iPhone to be used on AT&T if the Cricket account hadn't been paid for at least 6 months. I specifically chose this online site because they accepted PayPal and I could dispute the transaction if they didn't unlock it as promised. Surprise They cleared the code about 9 days later and my AT&T sim card now works on the iPhone. I went from a worthless iPhone 6s which was locked to Cricket to an unlocked iPhone which I just sold for $225, more than I paid for it, including the unlock fee. Thank you