How to unlock Sony Xperia Z3 by code ? 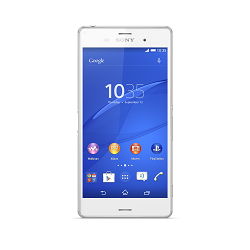 Unlocking Sony Xperia Z3 by code is the easiest and fastest way to make your device network free. It doesn't interfere in your system or change it in any way so even after using our code, you don't loose your warranty. In order to receive a network unlock code for your Sony Xperia Z3 you need to provide IMEI number (15 digits unique number). It can be found by dialing *#06# as a phone number, as well as by checking in the phone settings of your device.

Why unlock your Sony Xperia Z3 by code ? Because it is the easiest, fastest and most secure way of unlocking right now.
There are a variety of services used for Sony Xperia Z3. Most popular is the SONY all networks service, which provides unlock codes for all networks from all over the world.
If you know the exact network and counrty you might be interested in using a "specific service" for AT&T, T-Mobile etc.
Even after using our code, you don't loose the warranty, the codes don't interfere in the system or change it in any way, so the producer doesn't have any rights to take away your warranty.

The most important thing to check, before you make an order is the code counter status. Code counter that shows all 0 cannot be unlocked. There are no tries left to enter the code to the Sony Xperia Z3.
You are making an order at your own risk if you didn't check the code counter !!

For unlock Sony Xperia Z3 following options are available. If you don't know which option use for unlock your phone, please contact us. We will help you choose the right product for your phone.

How to enter a network unlock code in a Sony Xperia Z3:

Network unlock code or Sim pin network code is a special type of code which removes the network blockade from your Sony Xperia Z3.
These messages will appear on the screen of your Sony Xperia Z3 when you insert an unaccepted simcard.

What is a Sony Xperia Z3 NSCK code?

Sony Xperia Z3 needs different types of unlock codes to remove the network blockade.
One of these codes is a NSCK code which is used in most Japanese networks like Docomo, Softbank etc.
Those networks cannot be unlocked with the standard NCK code.
Sony Xperia Z3 usually asks for this code as soon as you insert an unaccepted simcard ( from a different network ).

Everything worked perfectly and on time. Thanks

In my case, it took about two weeks before the unlock code was issued. I was worried but the unlock code arrived without problems. I was able to unlock it well. It's a great system.

Thank you unlock successful One week time getting the code

I was able to unlock without any problems. Thank you.

I was a bit afraid it's a scam because it took longer than expected, around 10 days, but in the end the code was provided and worked without problems. Thanks

Service worked as described. I was weary it may be a fake site as I didn’t see it on forums as much as other sites but took a chance as it was so cheap compared to other sites. Worked perfect, took less than 24 hours to get my code. Thank you and will use again if I ever need to unlock a phone.

Excellent service Fast, and didn't have any issues

Quick service, worth not having to wait on hold with Bell.